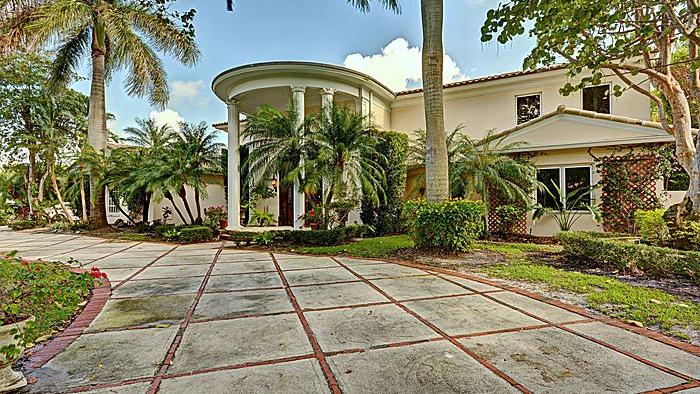 David Cassidy is perhaps best known for his role as Keith Patridge in the 1970s sitcom-musical “The Patridge Family”. What many may not know is that the actor, musician, and former teen idol has also been a longtime resident of Fort Lauderdale but is now looking to sell his home located on upscale South Ocean Drive via auction, within the Harbor Beach neighborhood.

The property (1600 South Ocean Drive) features 7,000 square feet and has five bedrooms, six bathrooms, custom wood flooring, pool, chef’s kitchen, plus a gazebo. Besides the city beaches the home is close to the Las Olas area, the Broward County Convention Center, and Fort Lauderdale-Hollywood International Airport. Unfortunately the deadline to make an offer expired on September 4th and was limited to prospective buyers who could make a $200,000 escrow payment and be able to prove that they have a minimum of $3 million available to spend.

Mister Cassidy originally purchased the home in 2001 for $1.1 million and remodeled it before it was put up for sale two years ago for $4.4 million. After filing for bankruptcy, he is now looking to sell the home he jointly owns with his soon to be ex-wife stating that he no longer needs the home due to frequent travel. The county has since appraised the property for $1.9 million.

The actual auction is taking place tomorrow, September 9th at 11:00 AM at the home itself and should be ratified by the 16th per court approval. For more information on Fort Lauderdale homes for sale, contact The Lotus Sisters.